Was on the Putra LRT yesterday when a muscular man ( in his forties maybe) come into the same deck as me. He came and sat down diagonally opposite me and started making phone calls. He spoke so loudly that I won't be surprised if the next coach could also hear him. Seems like a contactor.

When the train stopped at the next station, some passengers came in. I was busy updating my journey on my phone when I looked up and saw him gave up his seat to a malay lady. Prior to that I heard him asking the lady where she is going and I thought he knew her .

Then he came to sit next to me when the passenger on my right left. After the next stop, another group of passengers came in. This time he gave up a seat to a young chinese lady. The lady wanted to decline as she said she is only 3 stations away. But he insisted that she take the seat. He went on to say that he likes giving up his seat for people. That he is a guy and guys can stand. He advised her to take care of her things. While talking he occassionally tap the lady's shoulder. The lady I can see though uneasy just let it be. After he gave up his seat, he went and sat opposite me again as there was a vacant seat. As he was exiting the train, he went and tap at the malay lady's shoulder and asked her to 'take care'. He did the same to the chinese lady.

This incident reminds me of my 'aircond contractor' whose over friendliness make me so uncomfortable that I decided not to use him for my aircond service ever again. He likes to talk to me by touching my shoulders and kept repeating the same thing. He even called me the next day just to 'check' on the airconds. Come onlah...if there is a problem I would definitely call him. And he can be pretty long winded over the phone. 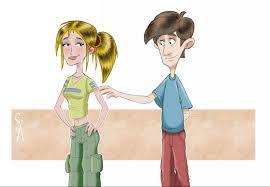 Coming back to the train incident...I am not sure how to react if it happens to me. I would like to tell him to keep his hands off..but not sure if I have the courage.

Tell me what would you have done?
Posted by Magictree at 7:42 PM

Email ThisBlogThis!Share to TwitterShare to FacebookShare to Pinterest
Labels: miscellaneous