After a long holiday...it takes tremendous effort for me to sit down and blog before ushering into 2016.

After the November Chiang Mai trip, we went to Thistle, Port Dickson for a few days.
Then MIL came and stay with us. Lots of adjustment and getting used to for me and my kids.

Then the dreaded pt3 exam results were announced and both my boy and I were pleasantly surprised with his results. Seeing a big smile on his teacher's face, I then knew it must be ok. So glad that it is done and over with now.

Dec 19th, I volunteer to mend a booth at UM ERASE charity run. My role together with  my new found friends is to introduce the super water IZUMIO to the participants. Basically, we want to create awareness to the public on what IZUMIO can do. This is my 1st experience in participating in a charity run...errr not as a runner though. We gave out free Izumio packs to some lucky participants ....about 70 of them. One of the feedback that I got was...."it is refreshing, better than 100 plus...." 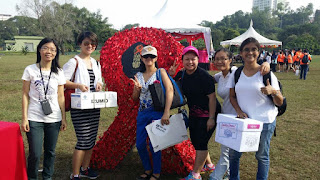 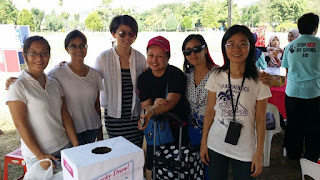 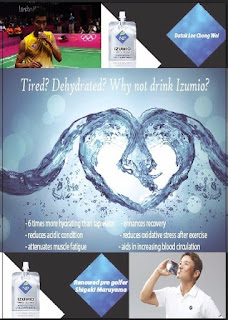 Next I also visited a childhood friend who is a super host for the first time. She is one capable lady that makes open house to be easy peasy.  Just some of the goodies that she dished out that night. 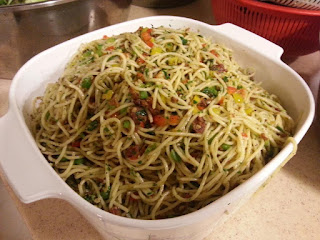 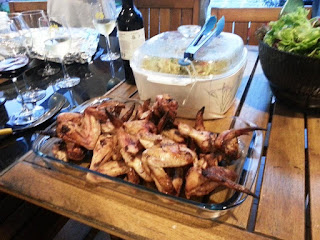 Extremely tasty barbeque chicken wings with some great wine.
We also had yummy potato salad, salad, beer chicken, and some great wine. I also met another childhood friend that I lost contact when she moved to Australia some 30 years ago. There were also other reunions with my ex-boss. Gosh...it has been so long since I left the workforce.

Went back hometown ( Sitiawan) and bought lots of kompiang for my friends. Since they are taking up space in my refrigerator , I have to quickly disposed them off.   As a result there were more first time for me....driving to two other friend's place by myself. Used to drag hubby along...decided time for me to be independent...after all there is this thing called gps. I often get lost with it but managed to get back on track anyway. Without hubby tagging along, me and my friends can yak till the cows come home.....to a bunch of hungry kids and adults!!!!

We also watched STAR WARS at AEON and being a small kampong, the cinema is almost empty. We hardly go for movies and I think up till now ( my older boy is 15), we probably visited the cinema not more than 5 times!!!! For my boys, this is their first STAR WAR series.

I also brought my older kid to a new Chiropractor centre which is near my house and is so delighted to know that I can transfer my boy's case from Subang over. That would have saved so much time and petrol on my end.


And finally, my first time dishing out fish maw because I was given no choice. MIL brought some fish maw and after attempts of asking her how to cook , I decided to google for recipe and am surprised that it turned out so well. There were many ingredients I could not produce but it still taste good. 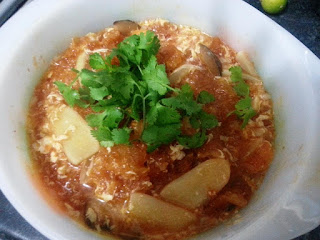 That pretty much wrapped up my December activities and now bracing for a new year.