About 3 weeks ago, I suddenly have a surge of floaters 'running' left and right, up and down. It was so irritating. I always hear of people having floaters and now I too experienced them. 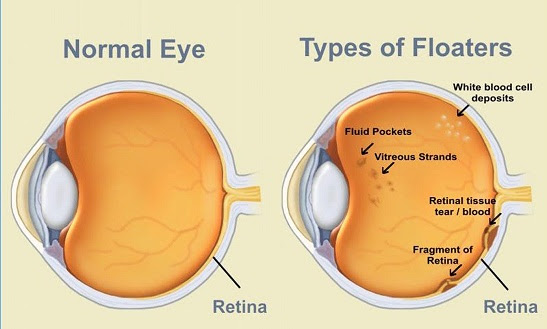 It happened during school holidays and even eye specialists go for their break too. Goggled for recommended specialists and found one by the name of Prof Angela Loo. She is attached to UMMC and UMSC.

Tried to get a appointment soonest possible but she was away on holiday. This was about 6 days after I discovered my floaters. Of course I started to load myself with 6 Super Lutein a day. Previously I have been taking 2(below minimun recommended) and on and off forgot to take. It started to stabilise in the sense that I mostly see that towards the top of my eyes.

We also tried our luck at other specialists , they were closed too as it was Malaysia day. Hubby then tried to call and check for me and found that I can actually get to see Prof Angela Loo on Sunday, the day after she is back from her holidays.  It was at her own private practice in Setia Alam.

On Sunday, I went for my 11 am appointment. She only  turned out at 12:45 pm? 1 hour 45 minutes late!!!!! Anyway,  I went in to see her and after some procedure , she said I had a tear in my retinol. Thank God , it was not retina detachment. The tear is somewhere at 11 o'clock ( using my eyeball as clock) at my right eye. I was told to wait for 20 minutes which turns out almost 3 hours later!!!!! She was  treating one patient after another.

The laser treatment for my eye took about 15 minutes. When the nurse told me it was going to be a very fast procedure, I thought it would be like 2 gun shots and kao tim!!!! It was uncomfortable and a little painful at times. My eyes were so dilated I could hardly walk properly. I was given a bottle of antibiotics eyedrops to drop 4 times a day.

Yesterday (10 days later) , I went for my follow-up treatment in UMSC as Setia Alam is so far away. So glad to find that my eye has healed well and no other new 'hole' occurs. Actually I was a little shock to hear her say 'no new hole' , I definitely didn't expect this. Can't imagine having to go thru the process again.  I will however continue to see floaters for a few more weeks ( according to the doctor) but it is a lot less. Less in the sense that when I am indoor, I hardly see them but when I go outside or under bright lights I see them again. Of course after the laser treatment I loaded myself with 6-9 Super Lutein and now that my eyes has somewhat heal, I need to cut down on my dose else brankrupt!!! 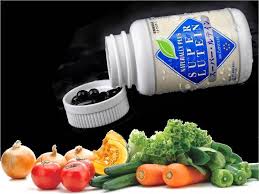 My left eye is a lazy eye. I can't read with it. So I was very worried when I find out that the floaters were in the right eye. My worries are all written on my face, because Prof. Angela kept telling me " I know you are very anxious, just relax"! Up till now, I can't see a screen for long. My eyes will feel very tired. Need to jaga...only one good eye left!!!!

Let's see how long before my floaters completely disappears.

It is so hard for me to sit down and write after a long hiatus. So many things have come and gone.

Was struggling with my boy's acne that looks like mushroom that springs up after a rainy day. Tried several facewash recommended by friends. Didn't work, went thru more breakouts or purging as some would said it.

It started with small pimples that just spreaded over the whole face. I attributed his skin problem to his late nights...very late nights because he naps in the afternoon and became very active in the night!!! Coupled with his appetite for spicy food....eer...this one takes after me. Don't say about him, even I can't control my food intake when I was young and plagued with acne too. Ooops...its my fault..bad genes.

Finally, decided to send him to a Chinese Sinseh in Happy Garden.  Her diagnosis is that my boy's body is very heaty. She speaks mandarin so with my half-past-six mandarin with an equally hopeless chinese ed son..I probably can't get fully what she meant.

So I have to boil some most horriblelooking herbs and tasting herbs in which he cursed like mad while drinking. After a few rounds, the curses died. 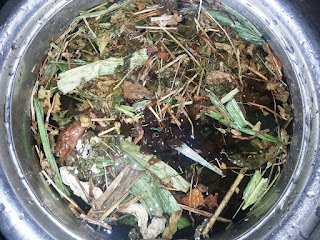 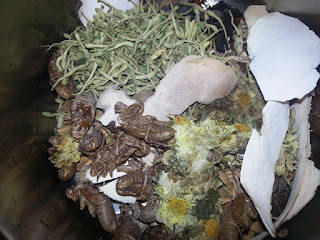 Can you see those " kumbangs". I didn't dare to show him.

Other than that , I too have  to get him to abstain from chicken, soya milk, oily food, spicy food, lamb, nasi lemak in which a huge chunk are his favourites. Not forgetting, drink lots of water.

In the beginning it was soooo.....hard. I don't know what to cook, what to buy , how to cook. Luckily, can eat pork and japanese food. Meals became very expensive too.. japanese food wor.

It was amazing that we were so 'guai' and followed through for 5 weeks now without breaking the rules intentionally. I said intentionally because the other day he ate chicken spagetti. He sure does it better than me when I was younger. I couldn't resist asam laksa despite ruining my face!

He is now very much better but has lots of pimple marks to deal with.  And also to find a suitable cleanser because I find that even as his pimples are clearing up, he is getting those small headless pimples with bumps that you could only see under light.

The sinseh recommended the crocodile oil soap...all natural and handmade. I tested the soap myself, it is not drying like other soap or facial wash but it doesn't foam ( which is  a good thing...soap free) but I don't feel like my face is cleansed properly. Anyway, it seems ok so far, didn't have breakouts. 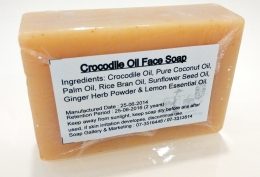 I think we will persevere up to 2 months or less...we're going into our 6th weeks before letting him try some of the forbidden food bit by bit.

His sinseh also recommended him to go for facial to speed up recovery but I have no confidence in any beautician that I have not heard of. So many has testified how they ended worst after facial.

Sigh....as if life is not stressful enough. I look around each time we go out, everyone seems to have flawless  skin and we have to struggle so much!!!