Had a really disastrous weekend recently.

Last Saturday morning both my other half and I went to a talk on Overseas Investment to find out more about alternative investments.

As the meeting was about to finish, I received a whatsapp from my son that a DBKL guy has come to the house to serve a 'saman'.  He briefly mentioned that it was a 'parking' saman date 2011!!!

We came back shortly and true enough, we were served a saman stating that we did not display our parking ticket on our windscreen on 26 Jan 2011. So it took 6 years to serve a saman that I had never receive in the first place. As far as I am concerned , I have never receive any parking saman all my life ( I am very law abiding citizen ok) and by the way we sold the car in 2012 I think. If at all I didn't pay, then it would most likely be that the machine is out of order because if there is a 'saman' , we would definitely have paid asap. I remember at one stretch of time, all the parking meters were out and the display could not be seen, how to pay.

It has been donkey years, how to dispute? Given the time of the transaction which is 10 am+ , it is also very unlikely I am out of the house at that time. My hubby is suppositely at work....aiyo...so long ago how to remember. It's ok for us to pay to avoid all the 'ma fan ness' but what irks us is we are asked to go Court on 3 March this year. Anyway, hubby lodge a complaint to the DBKL Call Centre. He was asked to contact the guy that issued the saman. As of now, he still have to show face to the court I think. The good news is ....haha still have good news...the saman is only RM10.

The next day, Sunday after happily coming back from our dinner, my husband received a sms from Maybank ( 2 hours later), thanking him for using my credit card to pay from something from itunes. Aiyoh.....I don't use Apple brand gadget leh. I have an ipad which I have not used for ages. And never setup any itunes account either.

How did anyone get hold of my cc details?  So scary. I called the call centre late in the night and was told indeed the transaction was performed. The time it was performed was when I was still eating outside but according to the 'officer' the time of transaction may not be the exact time that it happened. The good news is...another good news admist of a bad one, the amount deducted was RM2.

The officer then decided to report my cc as fraud and I will be issued a new card over the next week.

Another thing, how come the message went to my husband's hp no and not mine? I used to get it on my phone but I realised ever since I changed to the new card ( VISA Pay Wave), I have not received any messages via CC but over maybank2U txn, it is still sent to my number. 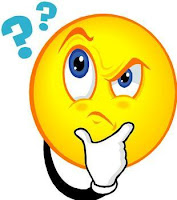 Now I am worried, did someone steal my info when I charge my card weekly at my son's chiro centre? How to find out. And why RM2 itune? Should have been some bigger amount somewhere.

And the RM2, if I want to dispute must go fill in form which I won't bother.

I did a google and saw tons of complaints about purchased being done at itunes.com with credit card which they had no idea what it was from. While most have itune account, a handful perhaps is in the same boat with me.

Each time , when we have anomaly in our bills, we always look at the younger son cause he is most capable of creating havoc but I guess he is innocent as he was with us and he has no idea of my credit card number , had no business with itunes and he won't do this also lah.

Email ThisBlogThis!Share to TwitterShare to FacebookShare to Pinterest
Labels: misc